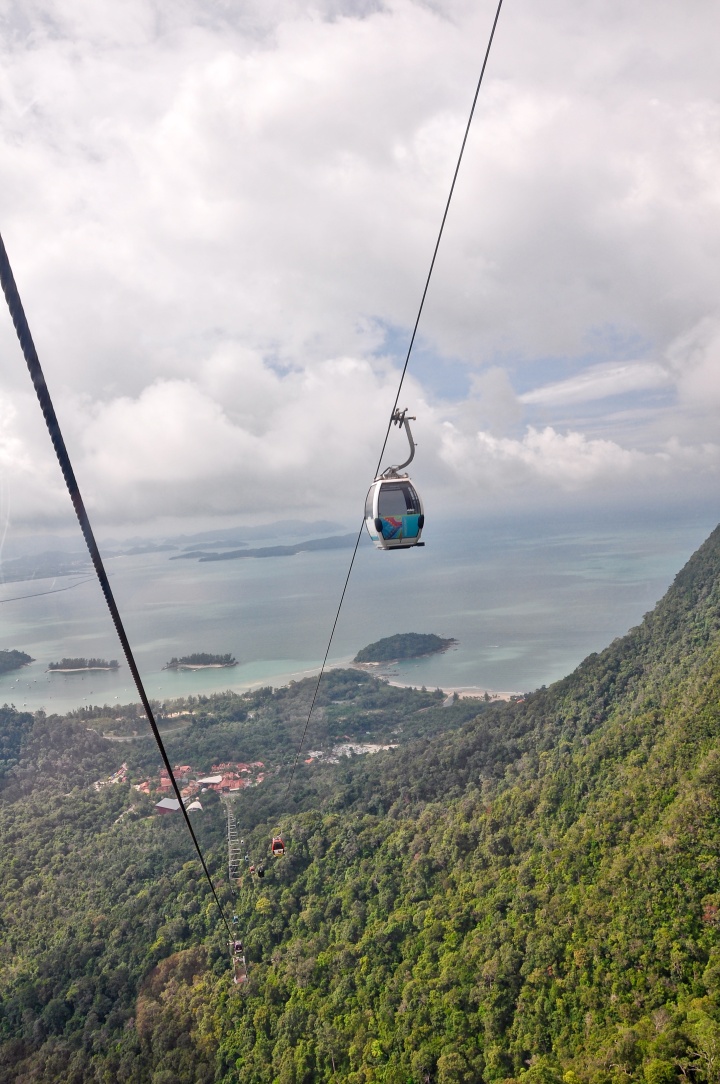 Part 2/3 of my trip to Malaysia. Here are some of the antics that ensued during the weekend we spend in Langkawi 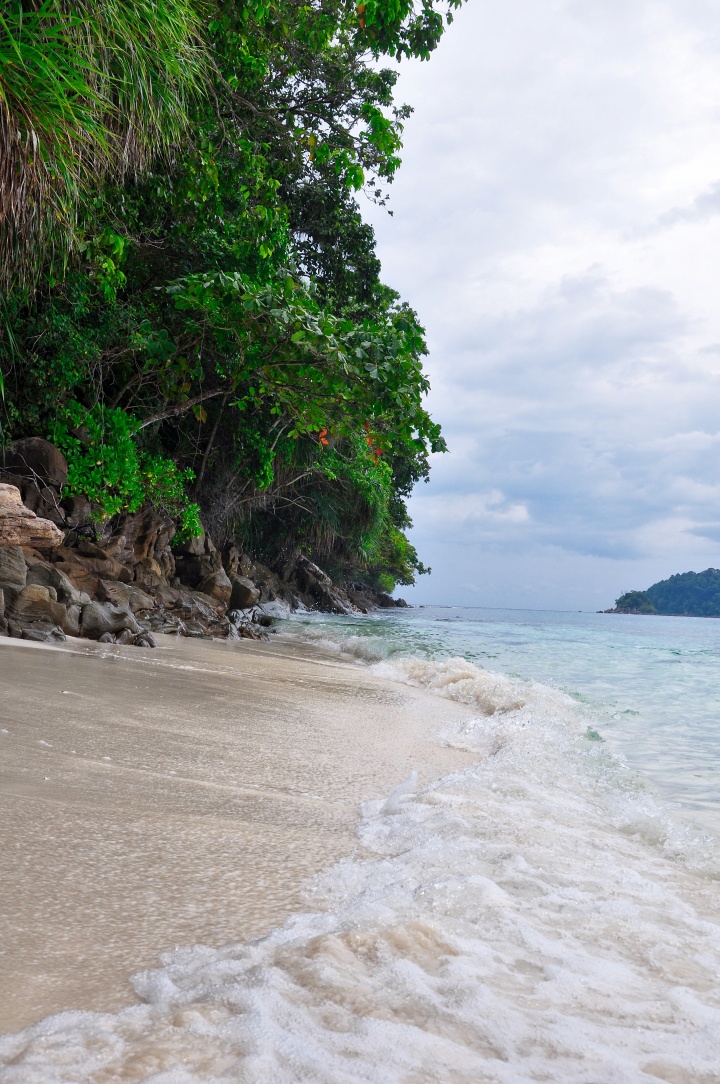 Friday afternoon we arrived in Langkawi. The humidity whipped us in the face as we stepped onto the tarmac. After bargaining a rental car for $40 for THREE DAYS, we were off to the resort. 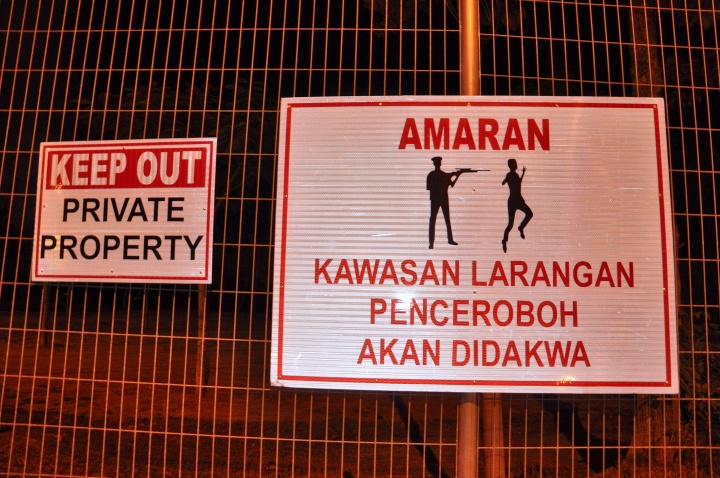 To create the chaos of a Malaysian road: Take some 40-year-old unmaintained roads and position them precariously close to some shanty huts. Check to make sure everyone is driving on the wrong side of the road. Add a couple of roundabouts to add some extra danger to the mix. For the cars, add equal parts relativity new rental cars, 50-year-old tour buses, and Kawasaki scooters. Ensure the scooter drivers are not wearing a helmet or shoes, and potentially a shirt. Cigarette hanging out of the mouth or child on the lap optional. Add some fat monkeys on the side of the road. Position the monkeys around large piles of trash. Finally, sprinkle in some torrential downpour rain storms, maybe one a day. Shake all this up and BOOM- you have now entered the chaos which my boss and I experienced during our weekend on Langkawi. 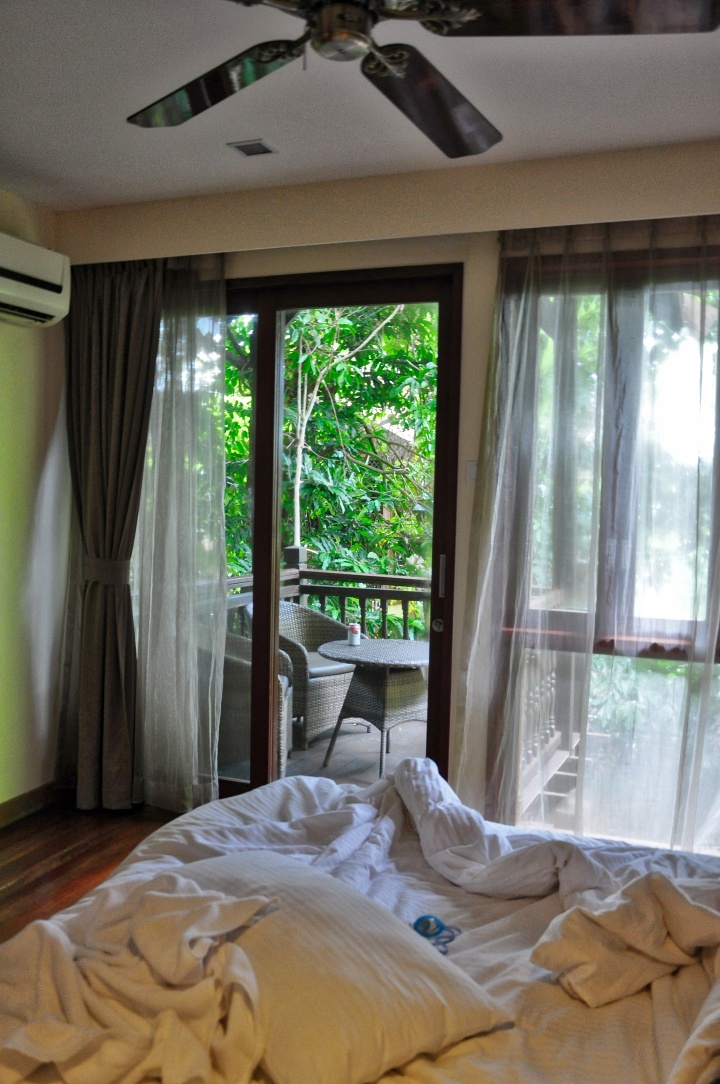 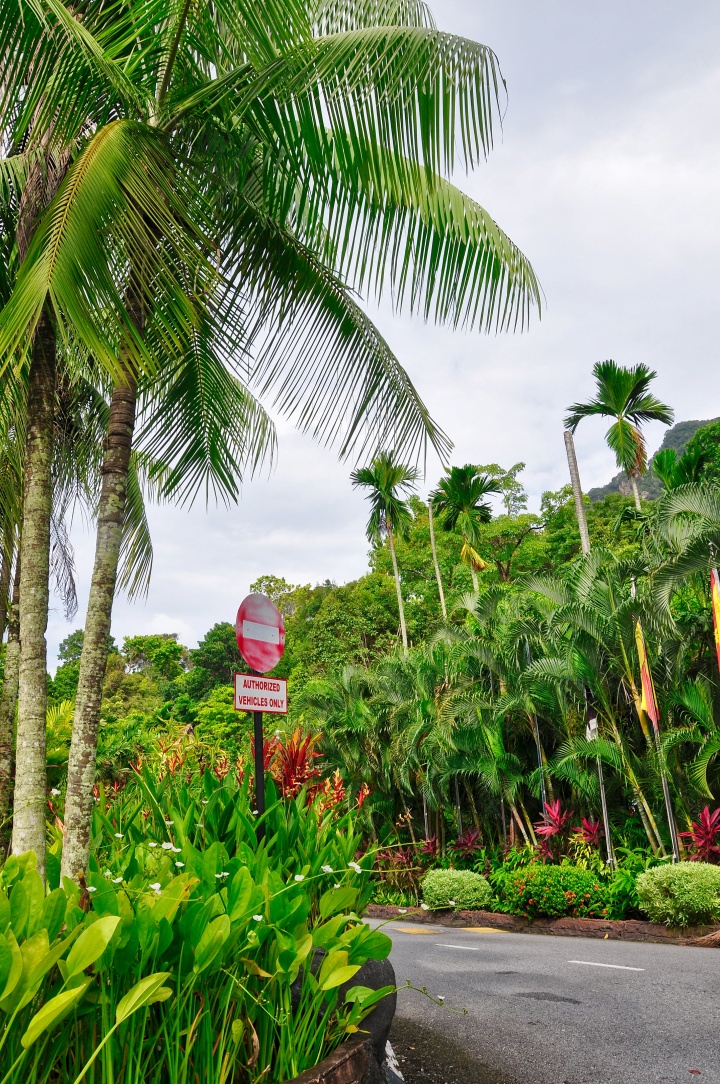 After 20 minutes of pins and needles and absolute hilarity, we arrived at our resort on the northwest corner of the island. Berjaya Langkawi was awesome, my room was a standalone bungalow meters from the ocean. It felt like I had arrived in a dream, honestly. Yes, it has the dream quality because it was so beautiful, but also because I was on AN ISLAND SOMEWHERE BETWEEN MALAYSIA AND THAILAND in a private room that I had bought with my own money for like nothing?? What the heck is my life?? existential crisis ensued… 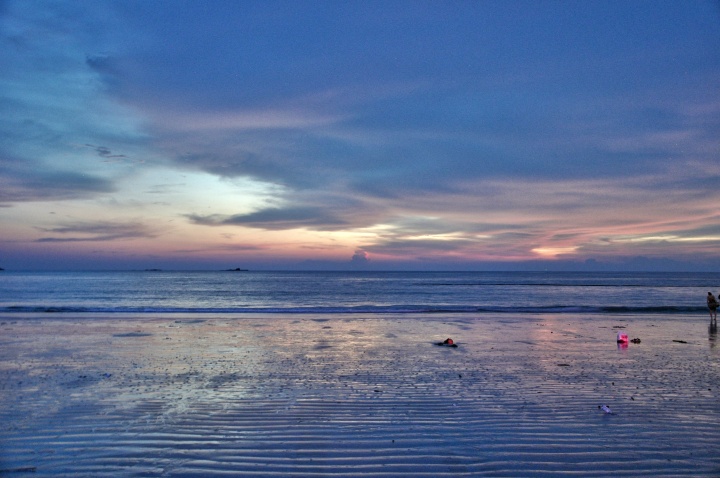 Random note: Langkawi (and all of Malaysia) is very influenced by Muslim culture, meaning pork is nowhere. I made the mistake like 1000 times on this trip buying chicken sausage thinking it would be the actually tasty chicken sausage that they sell at Trader Joes. I was disappointed every time- so you have been warned. 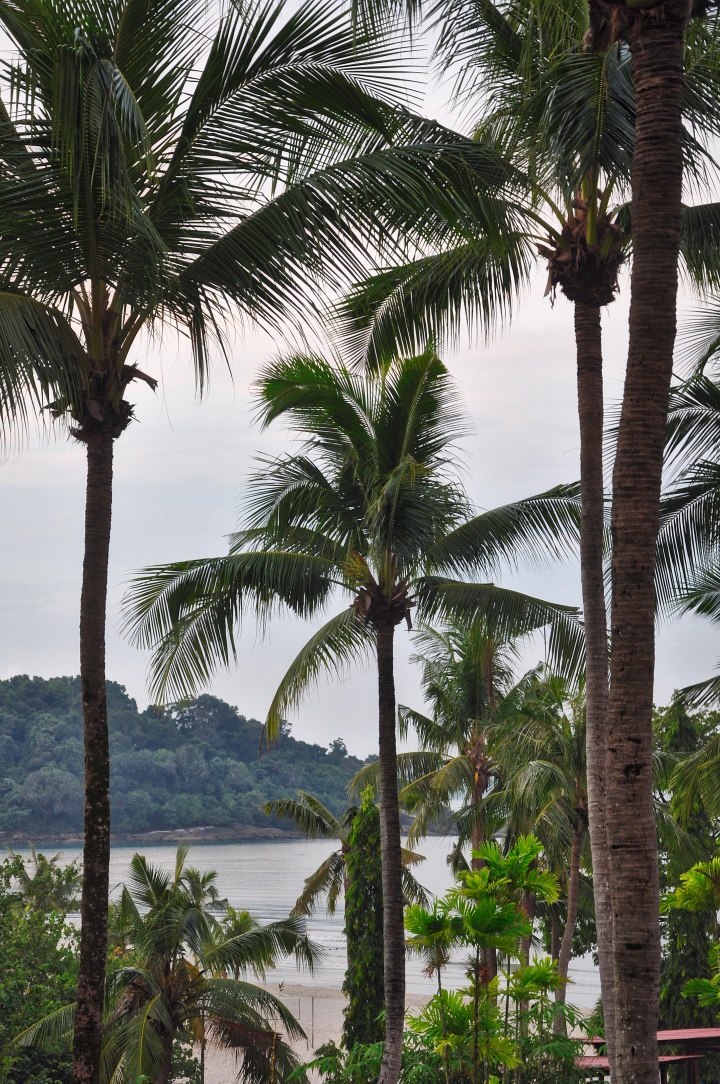 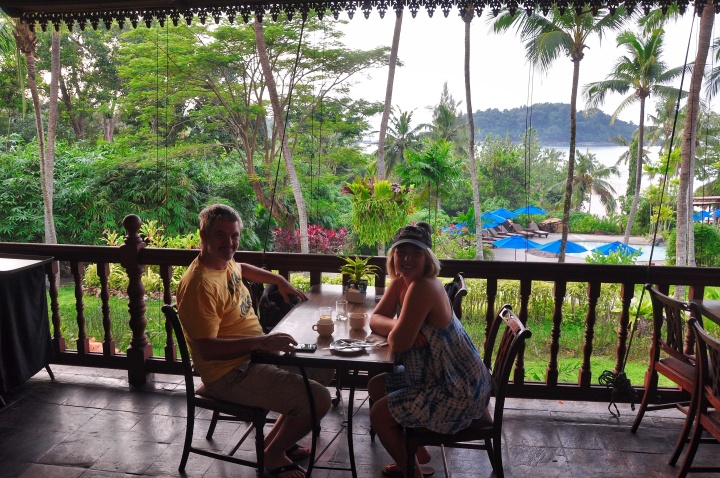 We decided to take a day trip scuba diving on Saturday. We watched the sunrise and ate breakfast from the deck of the resort. At 8am the bus came to pick us up. The decor was circa 1984 and it reeked of cigarettes despite the no smoking signs everywhere. Our driver had probably 6 teeth and had the complexion of a leather handbag also circa 1984. I don’t want to know the age of the suspension. The shocks were minutes away from expiring if the were not deal already. Each stop larger and larger squads of chinese friends piled in. My boss and I laughed while halfway joking about saying goodbye to our families. There was no telling what was going to happen on this bus. The whole experience was really great fun. 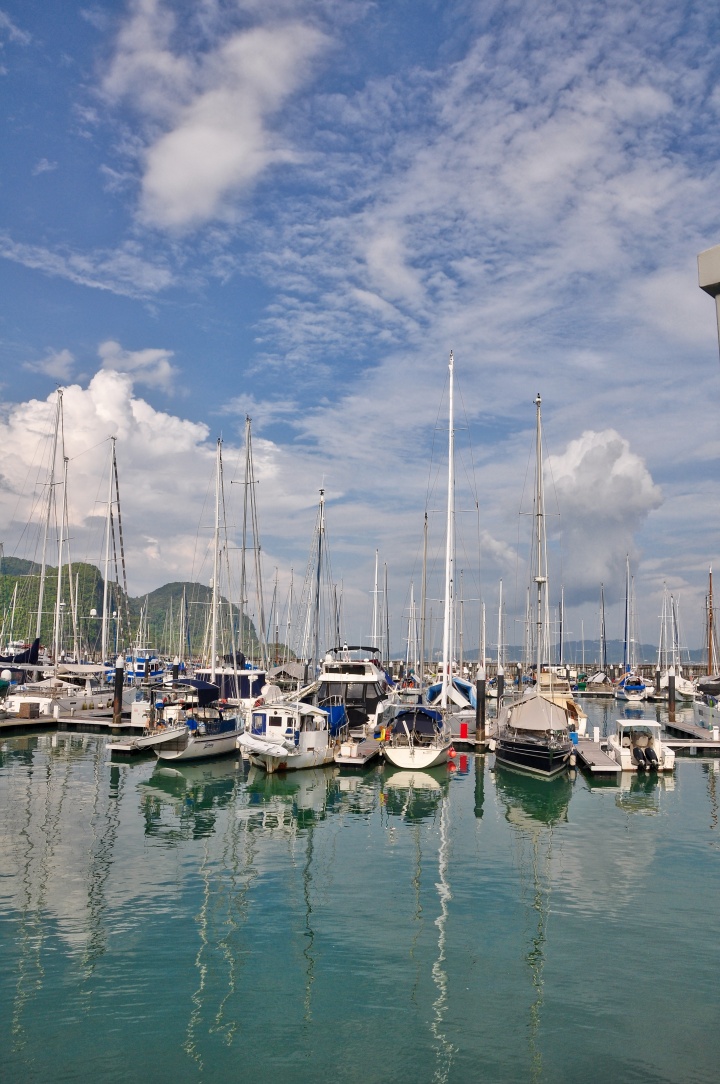 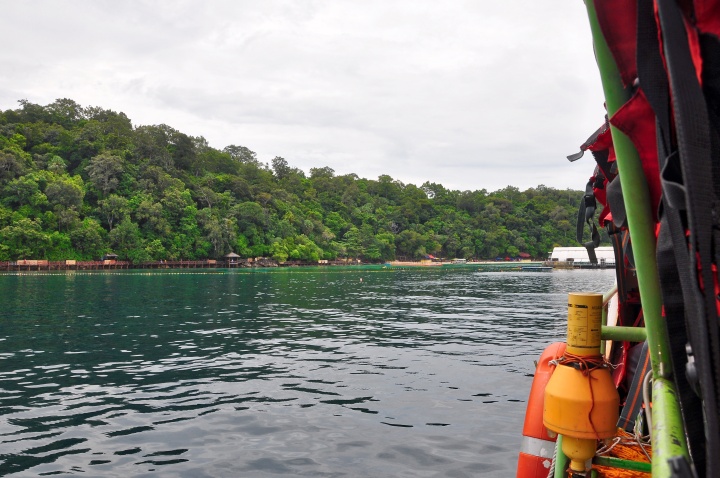 Three hours later we had arrived to an island via ferry and were strapping on our scuba gear. My boss Jakob has not been diving since 1998, and although I have dove in pools, I do not have a licence. No worries though!! We were on our own private excursion seeing that everyone else opted for snorkeling.

Both dives were incredible. My ears, unfortunately, wanted to make my life difficult, and were screaming with pain after 5m depth. Our guide grabbed onto my tank and eased me deeper into the water as I focused on not dying. The rest of the first dive he did not let go and I basically had a free ride around the reef. Our second dive was just as beautiful, and thankfully my ears were a little better. We saw grouper, lion fish, so many clown fish, huge coral fish, and schools of every color. I would go back to Asia just to get my scuba license alone. 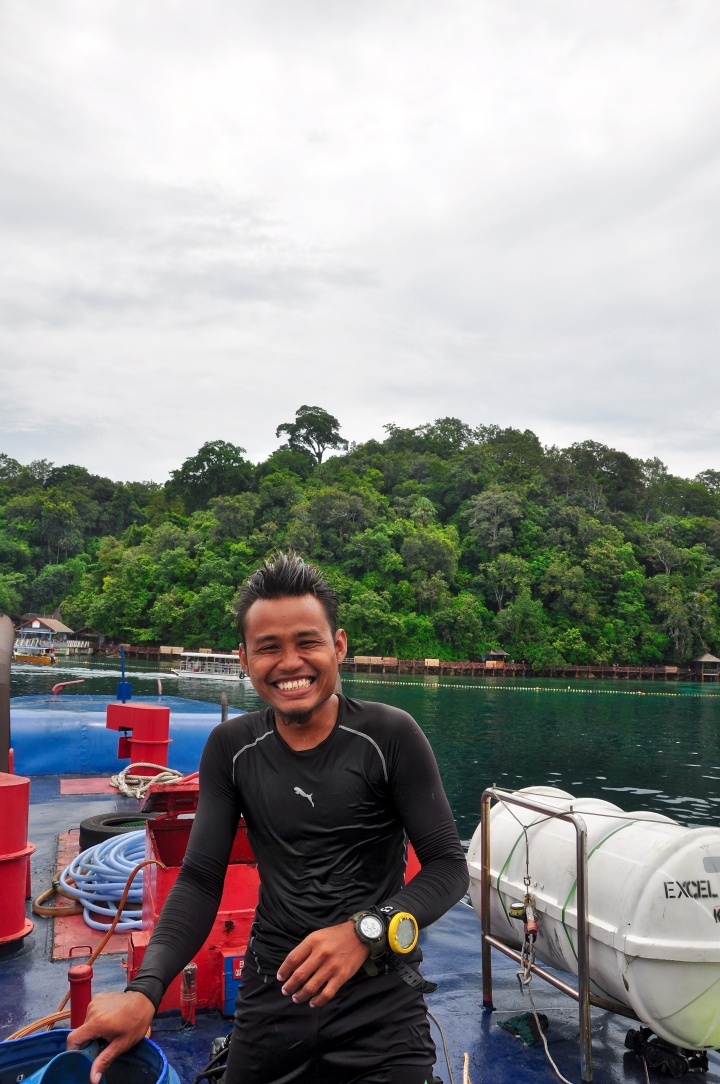 I had a serious moment during the return trip sitting on the deck of the scuba boat. The engines were howling, the wind whipping through my hair. The beauty of it all was so hard to comprehend, yet the crew was dumping trash directly off the boat into the water. Seeing that was so upsetting, but the charm of the rusted boat and sunshine on my skin were almost trying to tell me ‘shhhh, dont worry about it, just enjoy this’

That night we were pooped and got a front row seat to the sunset from another restaurant on the resort. They messed up the order or Jakobs dinner and brought him desert immediately. Realizing the mistake, they took it away, and an hour later when it was actually appropriate, they brought out the same now saggy chocolate pudding with now melted whipped cream. Asia man…

Sunday we embarked on a road trip around the island. First stop, arguably the coolest, was the sky tram. It was a million degrees with 100% humidity. It was also 100% worth it. The pictures do it a cruel injustice. 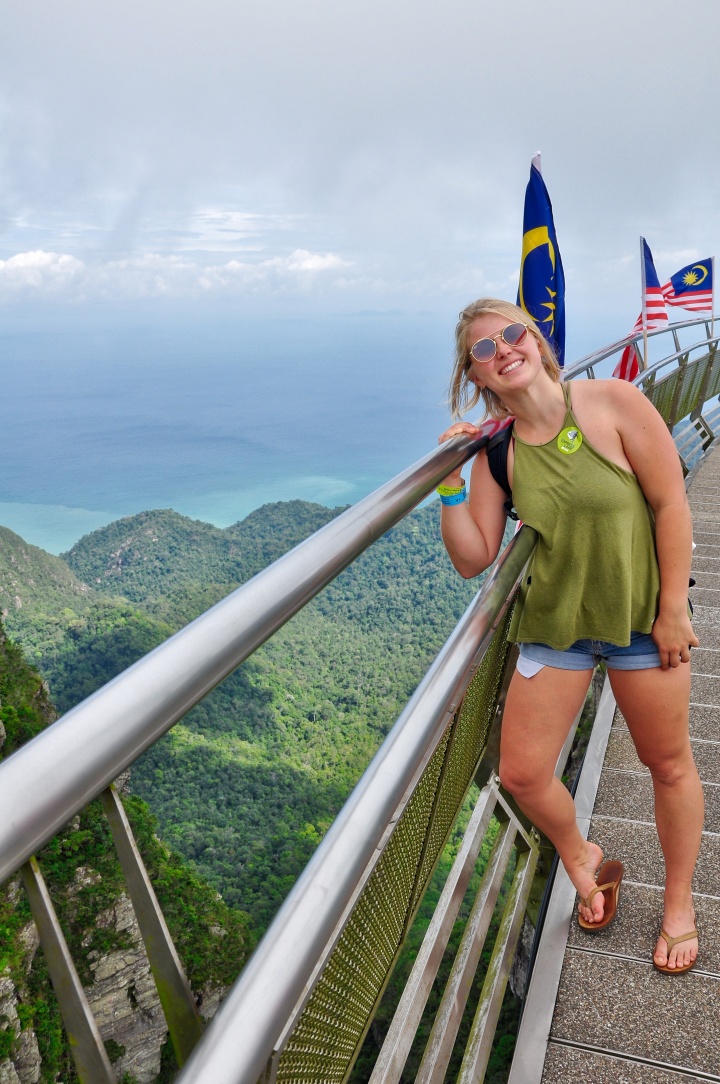 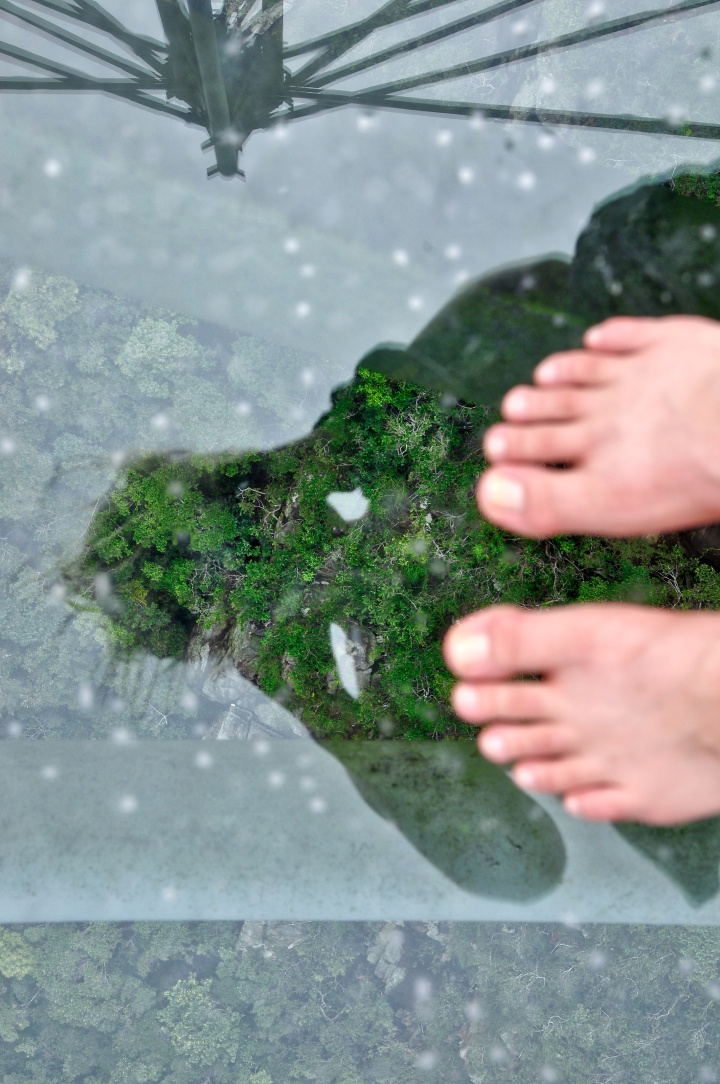 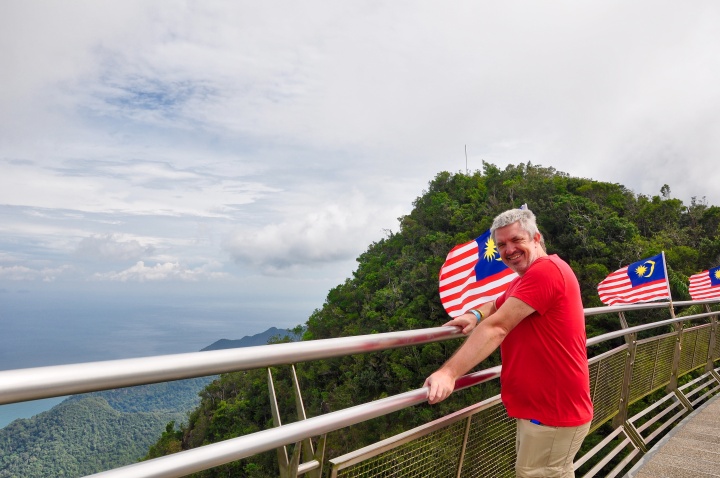 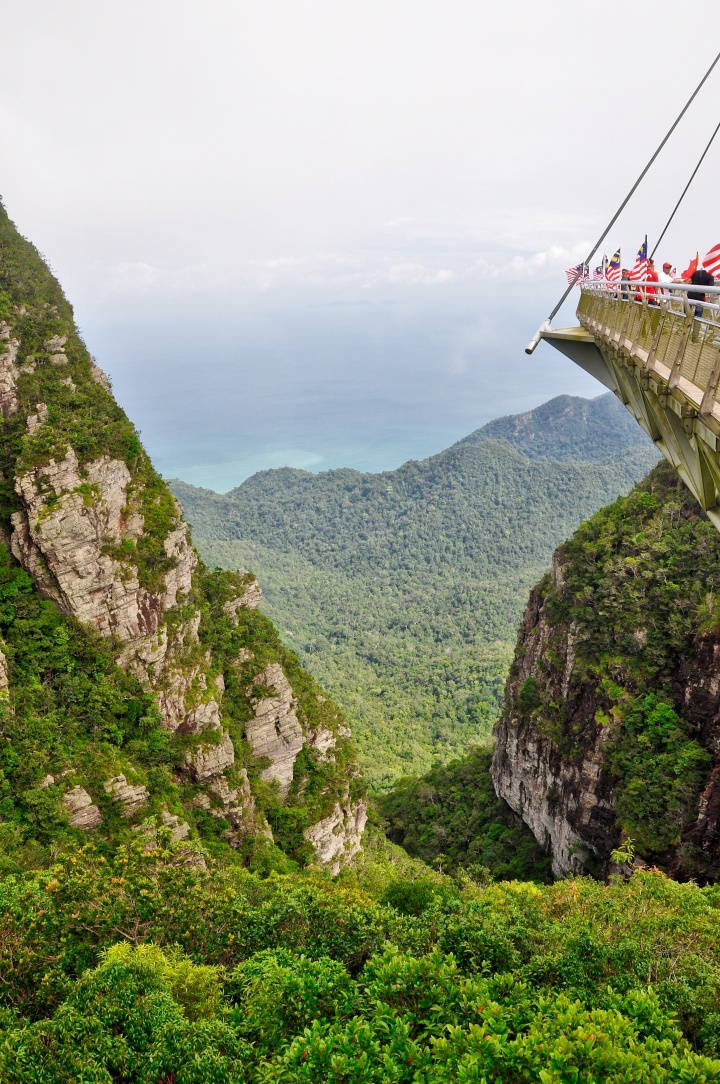 Next stops included the “black sand beach” which was a normal beach that had some dark soil mixed in, the “geopark” which was a muddy lawsuit waiting to happen, and a hindu temple alongside the road. 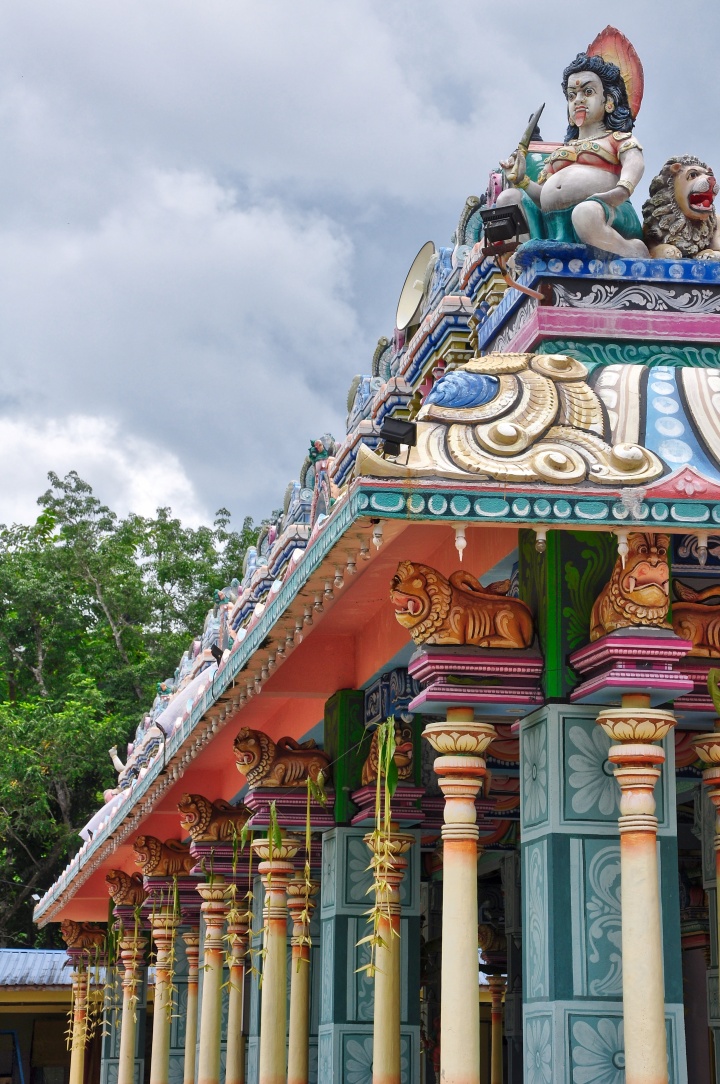 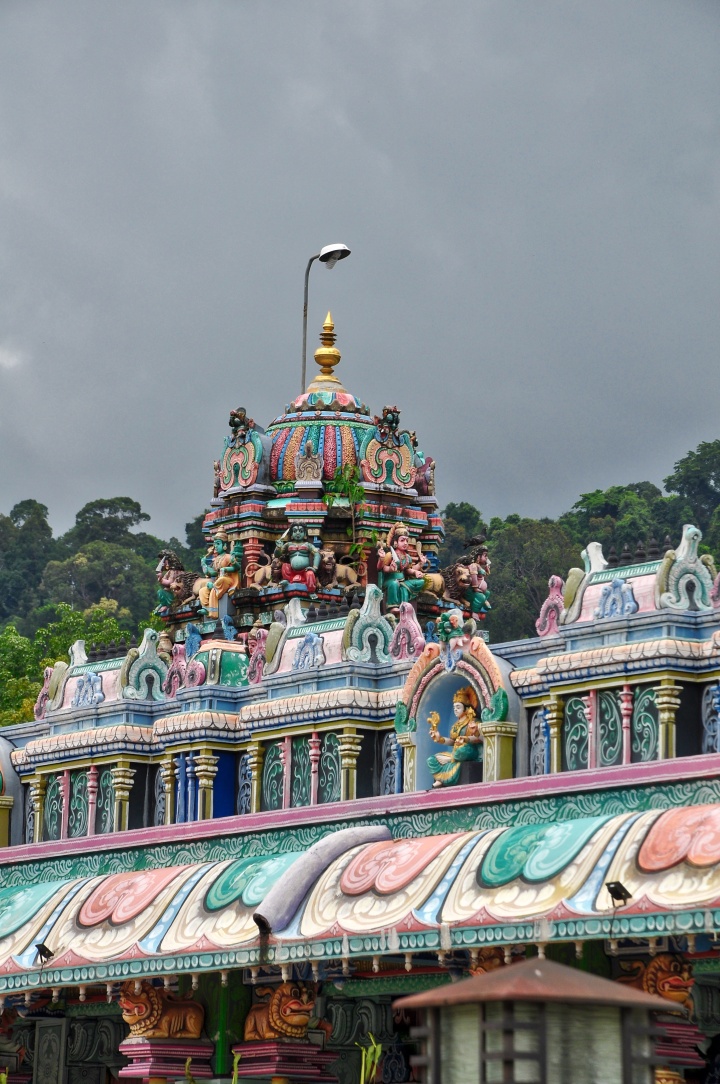 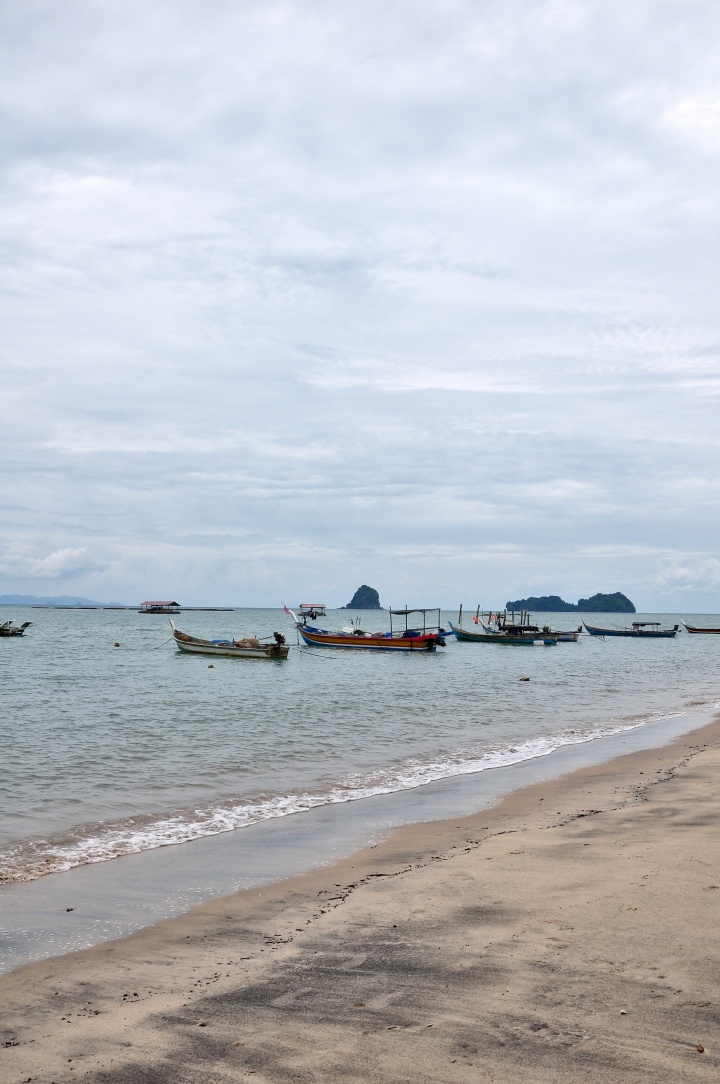 That afternoon when I was eating a coconut I started talking to a woman who was a local malay. She talked (or should I say whispered) about some of the inequalities in the country and how the government is becoming more corrupt. She told me “you are so lucky you can insult Donald Trump all you like, anyone who publicly criticizes the government here is put in jail” This really hit me hard.

I think a lot of Americans, myself included, have complained about and mocked our current government (which we have every right to do) BUT, no matter how stupid a tweet we read, we still have so much in the US that most of the world would kill to have. No, our healthcare is not free. No, our education system is not as good as it should be. No, we do not have an effective way of combating racist bias and eradicating bigotry. BUT, we live in a place that we can talk about all these things, and people can dedicate their lives fighting for their beliefs. We of course should continue fighting for what we are passionate about and live to create a better world for those to come, but we should not take for granted the luxuries we are entitled to in a developed country with free speech. I feel very lucky to be an american, no matter who is in office.

Sunday night Jakob and I crawled back onto the plane and eventually into the Hilton in Kuala Lumpur, exhausted, dirty, and endlessly entertained with whatever it is that we just experienced spending the weekend as the only two white people on Langkawi. 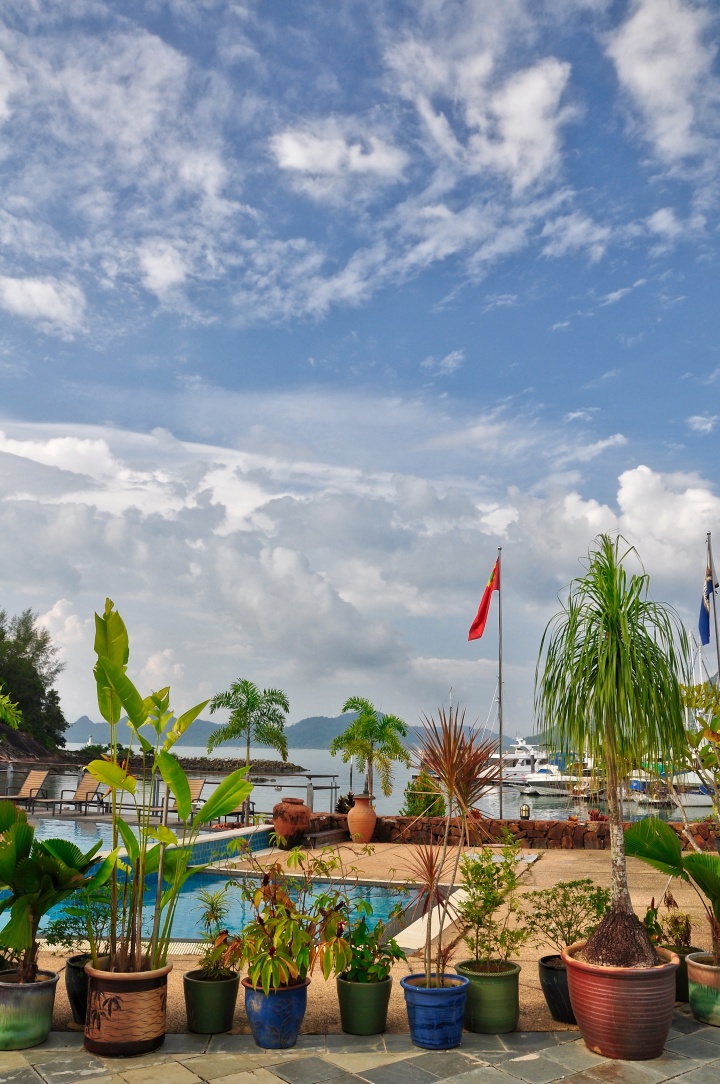 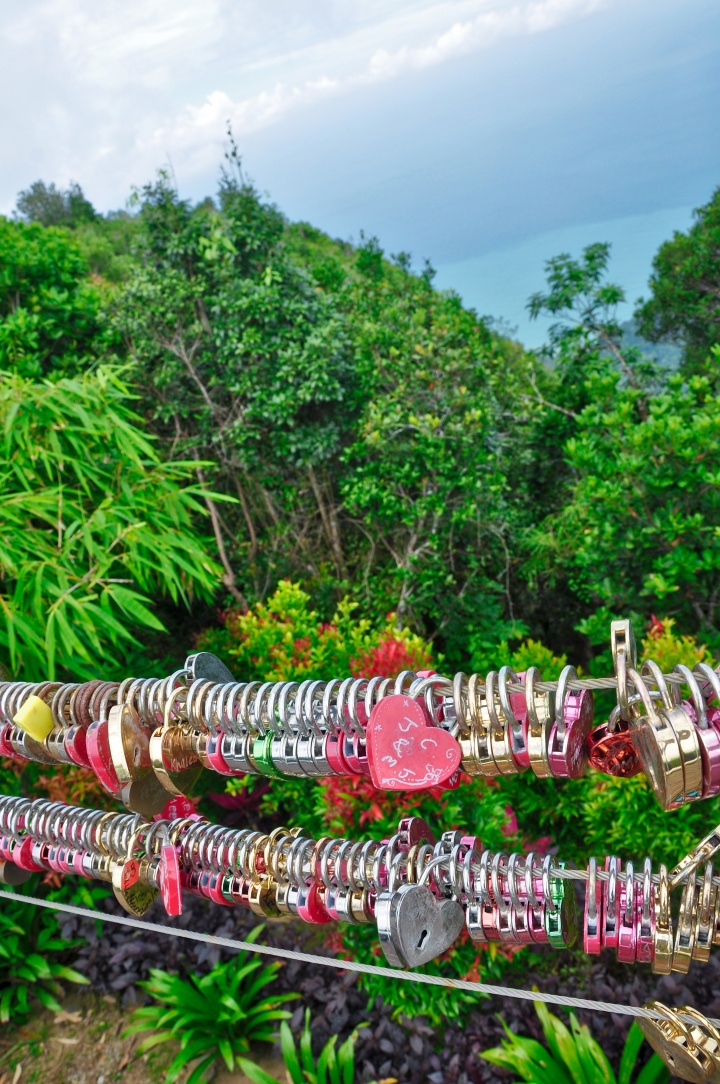 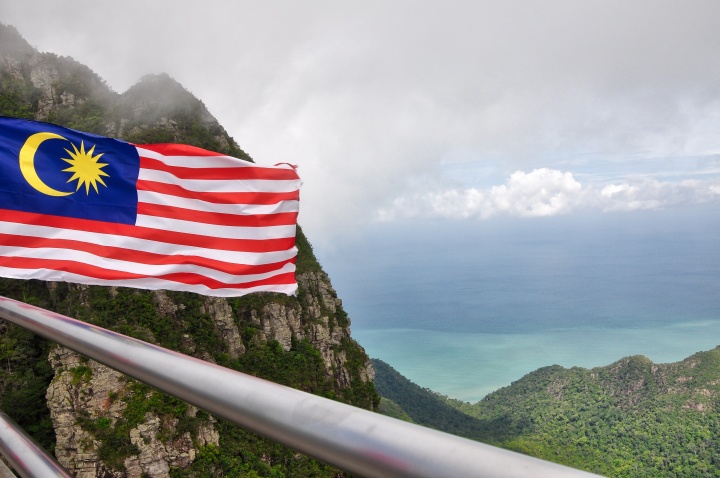 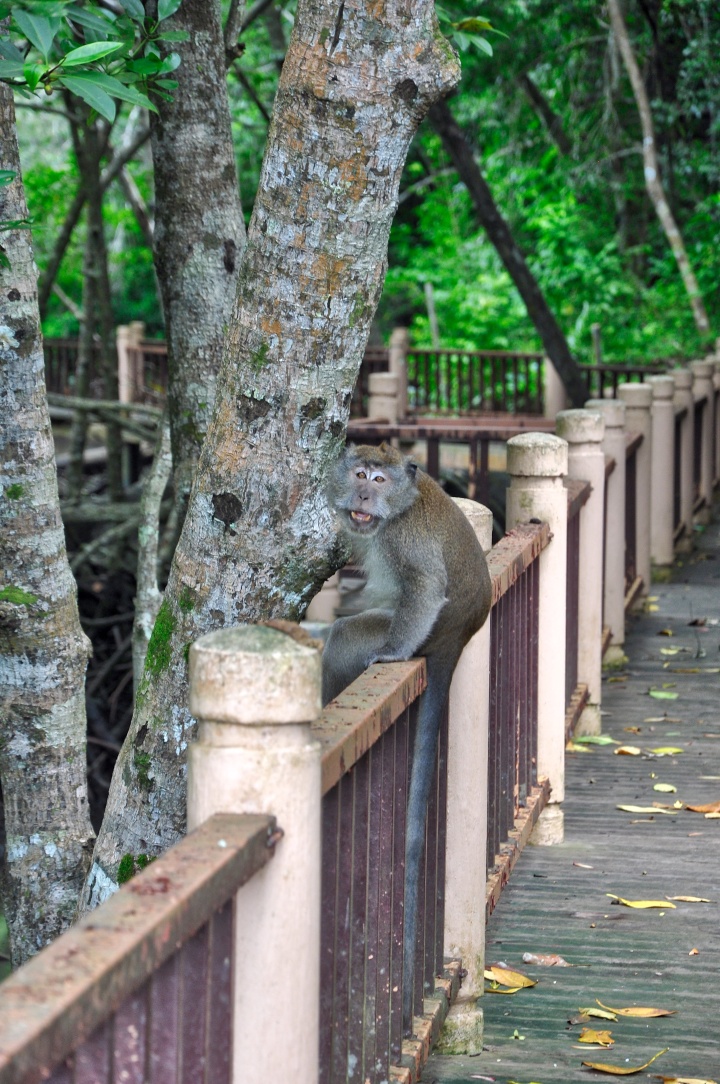 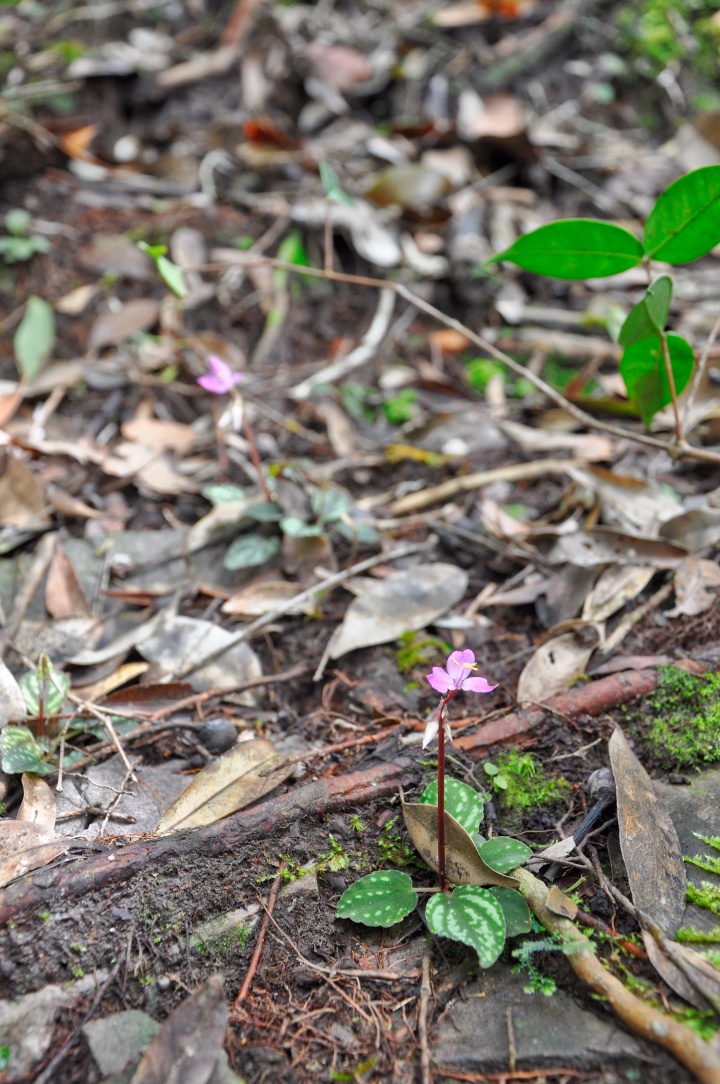 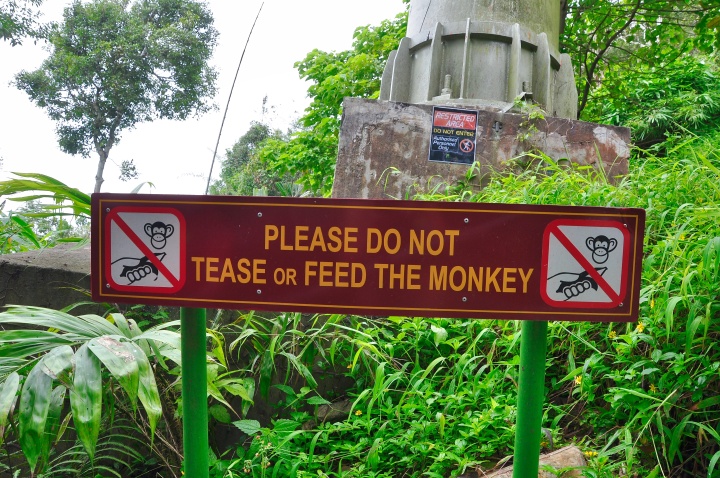 Camping tip: Hot dog to human ratio should always be at least 4:1
Photo cred: @red.grant.h
:)
Annual body appreciation post :) thankful for this 5’4 thing that I move around in.
Lost film from this wonderful year :)
Swipe for the greatest physical duel of our time
Weeeeere on the islannnnd of miiiiiiissfit toooooys
Nothing to see here just more typical shenanigans on film